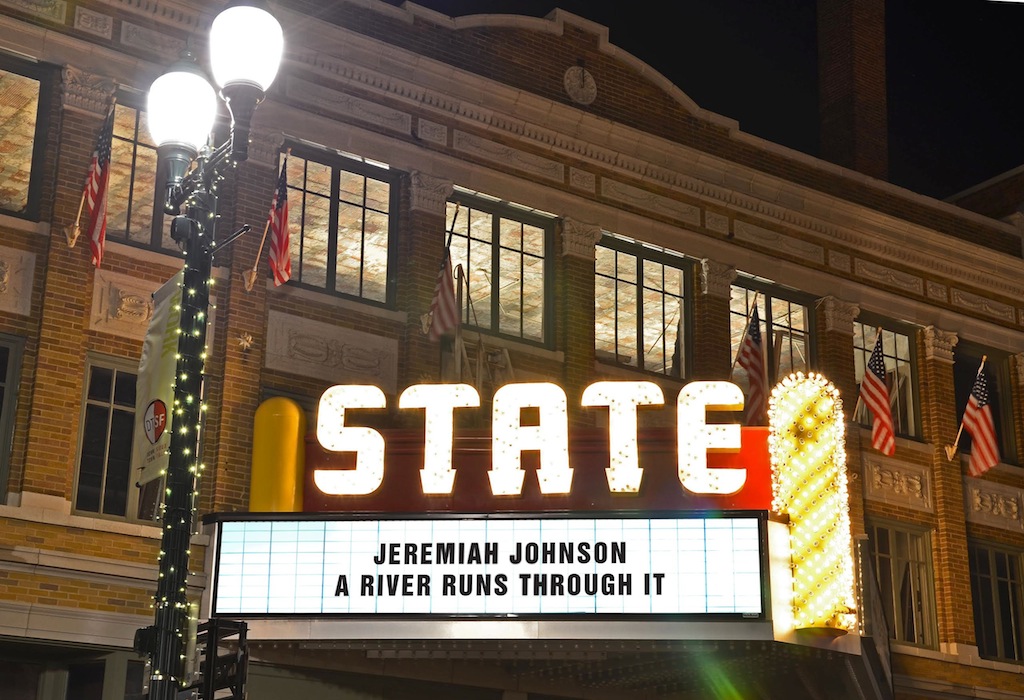 Long after the last day of deer season and months before open water walleye season begins, there is Oscar® season. This is the time of year when Hollywood pats itself on the back and celebrates the best films that the fewest people actually paid to see.

As you might have guessed, there aren’t many films at the top of this year’s nominations list that depict the outdoors. The exception is Wild, the true story of Cheryl Strayed’s thousand mile solo trek across the Pacific Coast Trail. It is a deeply personal (wo)man-vs.-nature story that will inspire you to strap on a backpack and start hiking.

That’s what a great outdoor movie does. It inspires you.

Looking back at some of my favorite outdoor movies, I can’t help but notice they all share common themes of self-reliance and personal discovery, there is almost always an insurmountable physical obstacle to overcome, and they all take place in the mountains. (The last point is just a coincidence, not a prerequisite.) At their core, they all moved me to connect with the outdoors.

Here is my short list of outdoor movies that Hollywood got right.

This was the first movie that pulled me away from the Saturday morning cartoons and pushed me out the front door. The central character of the movie is Sam, a young boy who runs away from home to conduct algae experiments in Catskill Mountains. The entire film is a wilderness survival guide for aspiring young woodsmen. It taught me how to live in a hollow hemlock tree, cook fish over an open flame and communicate with a Peregrine falcon. Thankfully, I have needed to use only one of these skills in my lifetime.

I didn’t understand the appeal of Jeremiah Johnson until I was well on my way to adulthood. Set in the mid-1800s, Jeremiah Johnson is the story of a man who, after serving in the U.S. Army, decides to become a fur trapper in the Rocky Mountains. He is seeking the solitude and peace that can only be found far away from people. But, no matter how long he lives in isolation or how deep he travels into the wilderness, he can never escape the inevitable conflict of an encroaching world. I get it now.

The reason I own two hunting dogs today is because I read Where The Red Fern Grows as a kid. The heartwarming story of Billy Coleman and his two coonhounds, Old Dan and Little Ann, has stayed with me ever since. The movie was just as powerful. For an entire summer, I begged my parents to let me stay out all night hunting raccoons. As a grown man, I still see myself as Billy whenever my dogs get on a scent and start chasing a “ghost” bird through a thick slough.

There was a time in the mid-1990s when I hesitated to tell people I enjoyed fly-fishing. Thanks to this popular film, a lot of folks were buying their first fly rod and attempting 80-foot-long double haul casts on Rapid Creek thinking they were Brad Pitt. I admit, the movie elevated fly-fishing to an art form, but A River Runs Through It is really a story of spirituality—our connection to the land, our family, ourselves and to God. In the final scene of the movie, Robert Redford narrates a passage from Norman Maclean’s book, “Eventually, all things merge into one, and a river runs through it.” Anyone who didn’t understand what that meant had no business buying a fly rod.

If you’ve ever dreamed of abandoning all your responsibilities to live in the Alaskan wilderness, I encourage you to watch this movie before you make any rash decisions. As much as I would like to empathize with the true-life story of Christopher McCandless, I really can’t. I see a defiant young man who was too self-absorbed to realize that, “Happiness is only real when shared.” It is a lesson he learns in the hardest way imaginable. Despite the somber tone of the film, Into the Wild will give you a whole new level of respect for the powerful allure and overwhelming vastness of Alaska.

So, in my humble opinion, these are some of the greatest outdoor movies ever made. (Dances With Wolves and Deliverance also come to mind.) They changed the way I saw the world.

Most movies, no matter how many awards they win, will never come close to doing that.